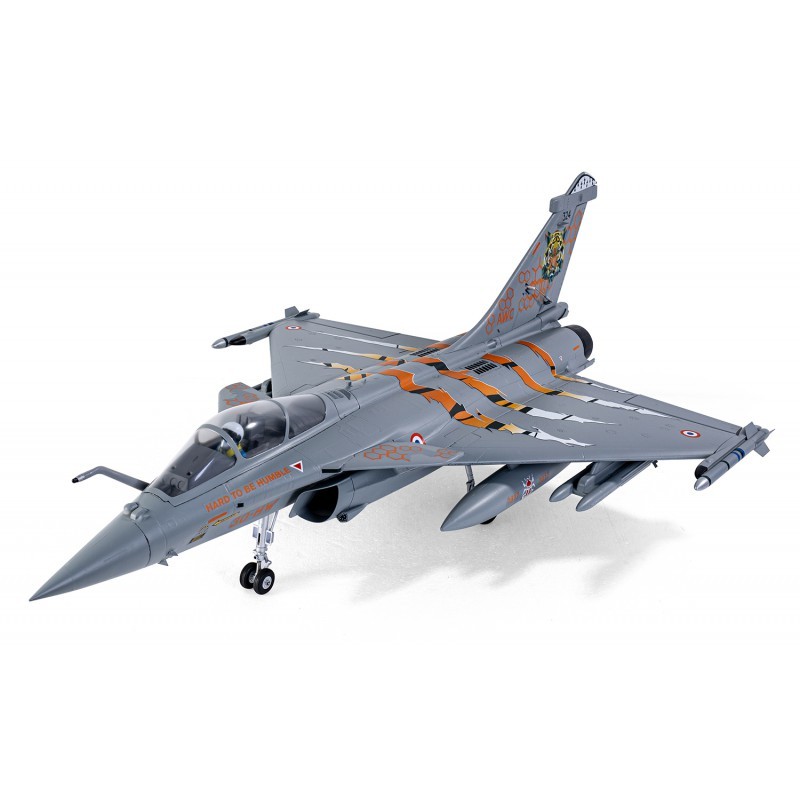 Developed to replicate both the looks and performance of the real aircraft, FMS has dedicated it's decades long experience into designing the 64mm Rafale.

Designed by the French Dassault company, the Rafale is a highly maneuverable delta-winged fighter with a full-flying canard. The excellent dogfighting, carrier operations and air to surface attack performance of the Rafale has allowed it to gain worldwide sucess.

While the FMS 80mm Rafale has attracted extensive attention, we’ve also noticed fans’s willing of collecting Rafales of different sizes and trim schemes. After two rounds of voting at home and abroad, the 64mm "NATO Tiger Meet" stood out from all the other competitors.

After six rounds of testing, the FMS 64mm Rafale "NATO Tiger Meet" has lived up to everyone's expectations and is officially launched.

Like all other FMS aircraft, the 64mm Rafale was designed to reduce build time to a minimum. Experienced builders can complete the build process in as little as 5 minutes.

Go get a masterpiece FMS Rafale for your hangar and your airspace.